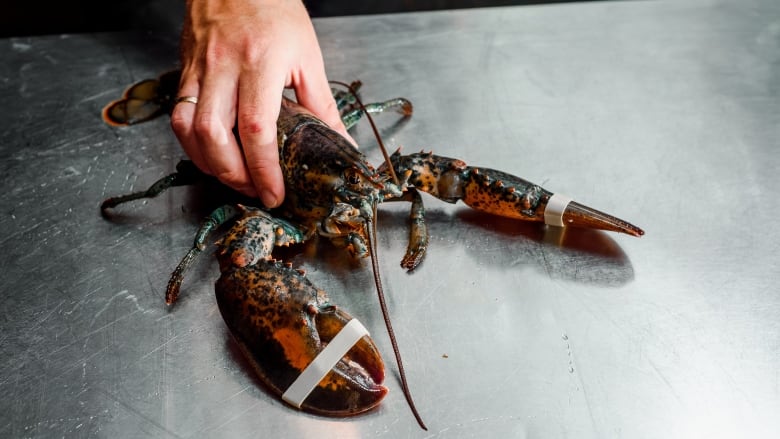 There are 17 species eligible for the new Nova Scotia Seafood certification, including live lobster. (Shutterstock)

Nova Scotia is launching its own seafood quality certification program, calling it the first of its kind in the world.

Participating companies must meet a range of traceability, handling, processing and food safety standards including an annual product quality assessment prior to export.

"Every place you go in the world, in the international marketplace, people are asking for certifications," he said. "If we don't have certifications, oftentimes they will not buy from you."

'Well above anyone else'

Others certifications exist, including for live lobster, which is one of the species eligible for the Nova Scotia program.

The most important standard is from the Global Food Safety Initiative — a certification required by big buyers like Walmart and Loblaws. 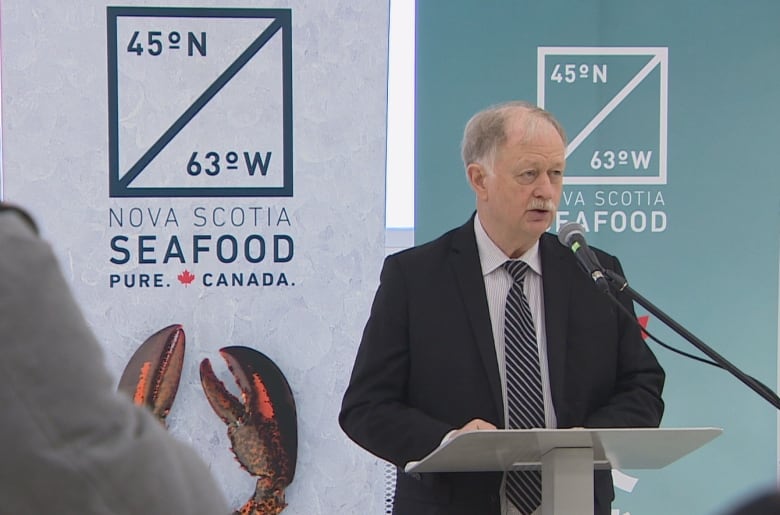 Fisheries and Aquaculture Minister Keith Colwell announces a new seafood branding program for the province in this 2017 file photo. (CBC)

But Nova Scotia officials argue the provincial program is more comprehensive because it includes an emphasis on quality as well as food safety.

"We're the only one in the world that's going to have this standard. So it's going to really set us well above anyone else," said Colwell.

As of Tuesday, Fortune Oysters is the first and only company to receive the Nova Scotia seafood quality certification.

"There were a lot of items that were involved. The area where the product is grown, the water quality, confirming that the water is suitable in the areas that are grown," said Brian Fortune of Fortune Oysters.

"Then there's the whole part of harvesting and processing the product and getting it ready for the marketplace. So there were a whole series of different requirements."

The company operates two oyster farms on Nova Scotia's eastern shore under the Bill and Stanley Oyster Farm name. Marketing and sales are under the Fortune Oysters name.

Certified companies will also be featured prominently in promotional materials for the Nova Scotia Seafood brand, marketing campaigns and all trade-related events.

"Our hope is that eventually the program will evolve and have more Nova Scotia products that are available under this brand, and that we will get some recognition in the marketplace for the quality that we're packing under the brand," Fortune told CBC News.

The program involves an initial and annual third-party audit.

For all species except live lobster, certification will cost about $3,500 per year. Participants will get two days of dedicated support per year valued at $1,800 from Perennia, which also conducts the third-party audit.

Université Sainte-Anne is running the live lobster certification program, and SAI Global has been hired as the third-party auditor.

SAI Global is a risk management company also used by the Marine Stewardship Council in its blue label certification program for sustainable seafood.

She said about 50 companies have expressed interest in the lobster quality certification program.

"Our goal is to have lots of companies engage with this program, meaning that they have to go through a process to achieve the requirements that we are asking," she said.

"The fact that they got the certification is a way to tell their customers that not only they can provide them with the highest quality product, but also that they are going to be consistent with this."

The province will pay up to 75 per cent of the cost of the first audit, which is expected to cost $1,500 for lobster buyers and harvesters that hold their catch beyond 24 hours. Exporter audits will cost about $3,000.

One industry practice, which involves lobster fishermen storing lobster in crates in the harbour awaiting better prices, does not make the cut for the new program.

Colwell, who has long pushed for improved seafood handling standards, said lobster stored in so-called lobster cars beyond one day will not be accepted.

"If someone wants to hold lobster in a car to take advantage of a higher price at some point, that's fine. That's their business choice. But they will never be certified under this program," he said.